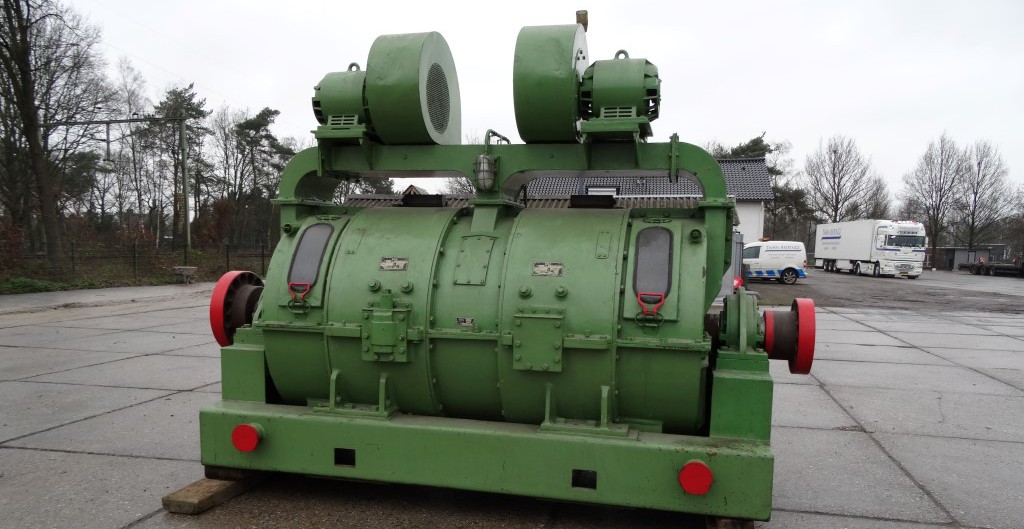 Absolute unique; the only full functional survivor of this unique E-motor in the world! The XXI series U-boot had 2 of these electric motors build by Siemens-Schuckertwerke in 1944/45.

The main advantage of the so called “Hertha” -2GU 365/30, each weighing 10.330 kg each, was a rotation speed of only 122 rpm for both propellers resulting in a noise level of max. 72dB at 6 km/hrs which was absolute remarkable!

Due to this masterpiece of German technology the XXI series could almost not be detected by the allied naval forces. The minimum noise level to be measured by US listening devices was 70 dB in these days. The motor was used as generator to charge the batteries as well for propulsion. The power output as generator was 730 KW at 1.230 rpm however when used as motor the output was 1.840 KW!

This specific motor was produced by SSW in 1944 and delivered to the Kriegsmarine early 45. Further war history is unknown however after the war this motor was returned to Mannheim by the British forces (1947). After it was fully refurbished by BBC (Brown Boveri & Cie, later ABB) and used by the German post-war industry for power generation. The motor ended its active service as test motor/generator for Alstom in Mannheim in 2000.

We can ship this motor worldwide. For more info ask for our very detailed brochure.