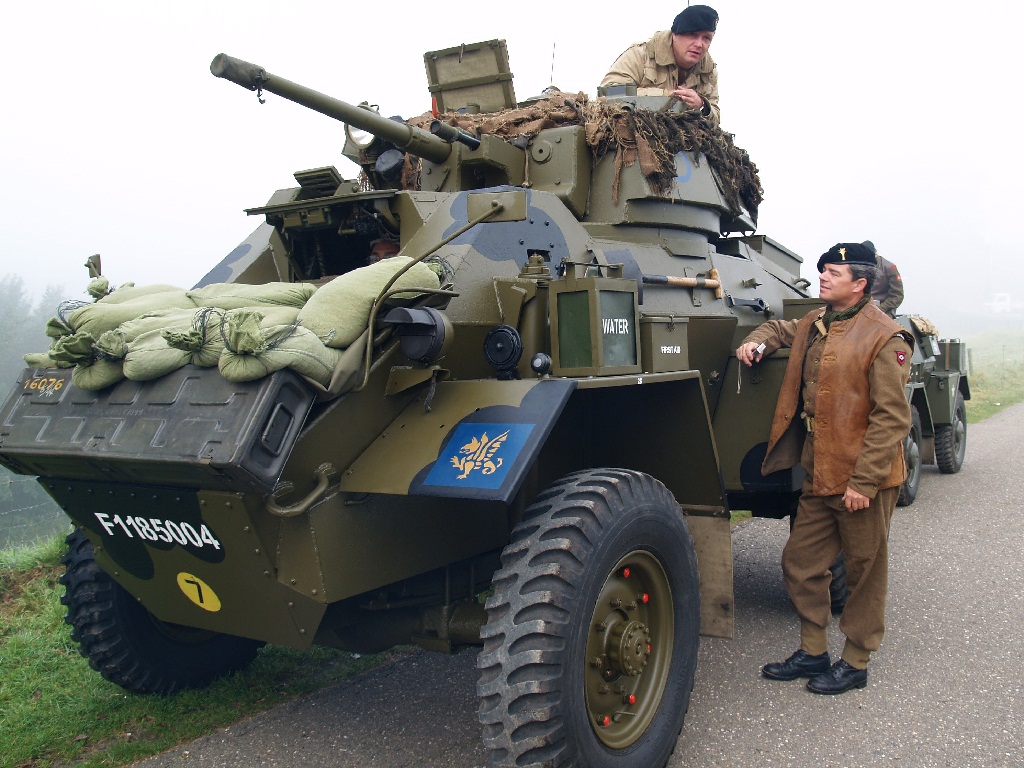 This vehicle was built in February 1942 (Hull nr. 63A2438) under Contract No. 294TM46456 British Rootes Group in Coventry. The Humber Armoured Car (HAC) was basically a combin Karrier KT 4 artillery tractor chassis and the armoured body of the Guy Armoured Car.

The KT4 was already in production for the Indian Army, and Guy were having problems with the production levels required so the Karrier name was dropped to avoid confusion.

The first order for 500 was placed in 1940. The first Humbers were more or less identical to the Guy down to the faults in armour but this was rectified. Production of the Mark I started in 1941. As modifications the Mark II and III (providing a three-man turret) are later introduced. However the production of these series ended in 1942 after 1,650 had been built.

With a possible replacement, the 2 pounder armed Coventry armoured car, on its way, the Mark IV was designed by the end of 1941. This put the US 37 mm gun in the turret but at the cost of one crewman. The HAC Mk. IV became the most successful and reliable vehicle from its series which serviced many Allied forces. It was used in the North African Campaign from late 1941 by the 11th Hussars and other units. It was also widely used in the European theatre by
reconnaissance regiments of British and Canadian infantry divisions. Even a few vehicles were used for patrol duty along the Iran supply route and Burma.