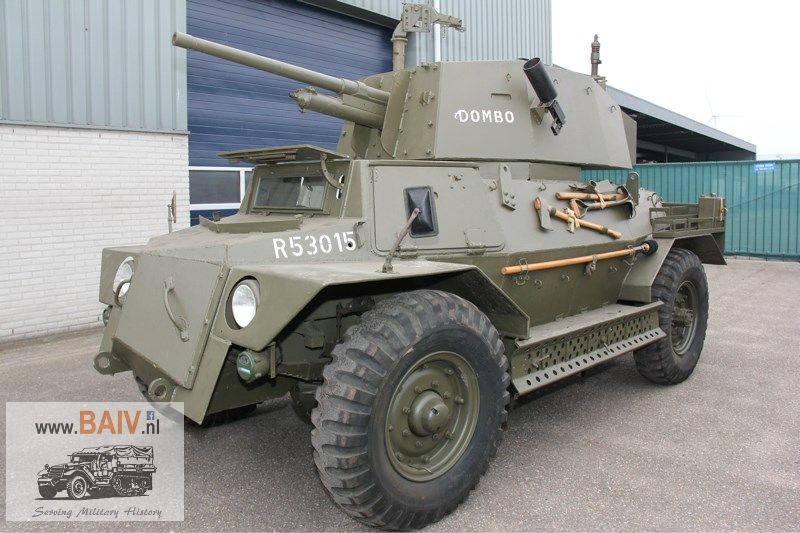 This 1943 4×4 military South African Mk IV Reconnaissance car, better known as Marmon-Herrington Armoured Car, is an armoured vehicle that’s produced in South Africa and adopted by the British Army during World War II. This is a very rare armoured car. Only 4 known running survivors left worldwide. The car has a Ford V8 petrol engine that produces 95 bhp. The engine is rear-mounted and the transmission is bolted directly to the welded hull. Its main armament is a QF 2 pounder anti-tank gun mounted in a two-man turret (artillery mounting). The armour protection on the front is 12 mm and 6 mm elsewhere.

This survivor is running and driving very well. Gun is complete but deactivated.